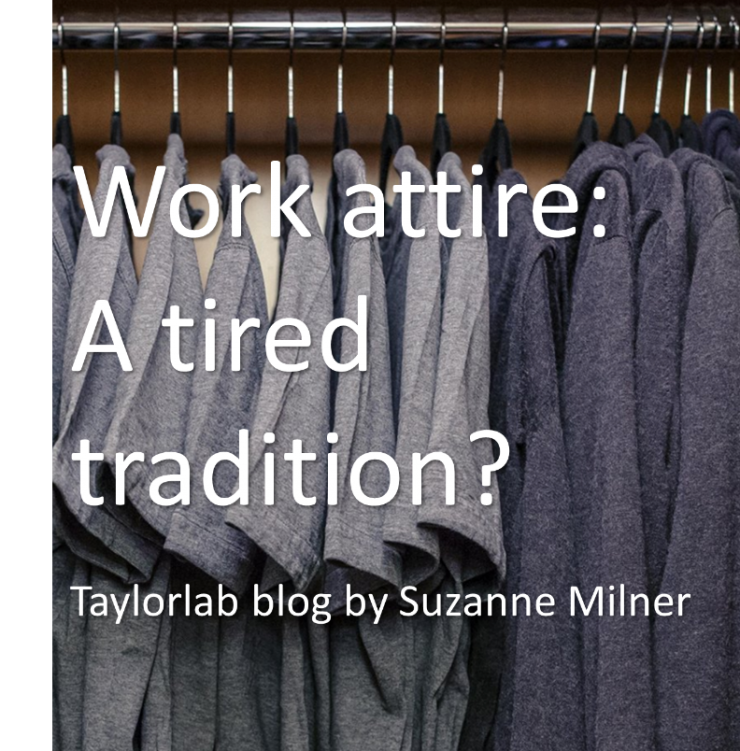 What do you wear to work? A suit? Jeans and a tshirt? A uniform maybe? Is the phrase dress for success a cliché or is there truth behind it?

Across the US, 16.5% public schools have a uniform and an additional 54% have a strict dress code. In the UK an astonishing 98% state secondary (high) schools specify a uniform. These children across the world will at some point during their education complain about having to wear a uniform. While complaints are often “it’s ugly”, “it’s lame” or “it’s uncomfortable”, generally schools enforce a uniform, mainly because it unifies everybody and reduces peer pressure. It eliminates embarrassment for certain children whose parents can’t afford the latest fashion trends. If everybody is dressed the same, nobody can stand out for good reasons but crucially nobody stands out for bad reasons.

While Mark Zuckerberg doesn’t wear a uniform, it is widely known that he has multiples of the same outfit. Zuckerberg does this because of decision fatigue– to save time in the morning trying to decide what suit to wear, he wears the same thing every day. Decision fatigue is a well-known psychological term that improves output, reduces impulse buying and impairs self-regulation. The use of a uniform at work will work in the same manner.

Many companies also use uniforms to identify workers. Uniforms are a way of advertising the company and telling customers who is there to help. But what about workplaces where this is not needed? In academic research facilities, we don’t need a uniform to unify us or tell anyone we work there. Even if you are lecturing, students can identify you as the person stood at the front of the lecture hall speaking into the microphone. But are we still expected to dress a certain way? It has been suggested to some of our group that there is an expectation of how we dress at work regardless of the work we do.

In order to move up in academia, are we expected to dress formally?

Obviously in a laboratory we need to wear certain clothing for health and safety reasons; a lab coat, gloves, safety spectacles, closed toe shoes etc. When at conferences we are representing professional selves; our work but also our institution so our attire should be smart. It makes sense that you need to dress for the work you are doing. But in everyday academia, does it matter? Or, more importantly, SHOULD it matter?

Our group are split into lab based, computer based and field based research. The field based researchers wear field appropriate clothing. If you’re crouching on the ground collecting soil samples, you don’t want to be wearing a suit. However when in the office, should our field based researchers be wearing formal attire? What if we unexpectedly need to go to the field to collect samples or fix equipment? Should we be keeping a change of clothes in our office for this reason? Is this keeping us from moving up in our careers?

One aspect that I already touched upon with school uniforms is cost. In academia, is it true that higher up people wear more formal attire because they can afford to buy nice tailored suits? Or is it because those higher in academia are in meetings all day rather than in a field collecting soil samples? It is widely accepted for a PhD student to wear tshirt and jeans on a daily basis but is it acceptable for the chairman of a university to dress the same?

Interestingly, we also question if the same rules apply to both genders? Is it that more ecologists dress casually because of the work they carry out? Or is it because there are more male ecologists? I myself have been to many conferences where the women are all in a minimum of smart pants/skirts and a nice blouse but many men are in jeans. Admittedly some men attend in a full suit including a tie but generally I’ve seen women dressing more formally than men at conferences. If a woman wore jeans and a plain t-shirt, would they be respected the same?

Regardless of gender, is it an outdated idea that you have to dress formally in an office environment? Many startup companies have “dress-down Fridays” and if productivity is the same all days of the week, then does it matter what you wear? Or is there something psychological about dressing formally that makes us work better when in an office?