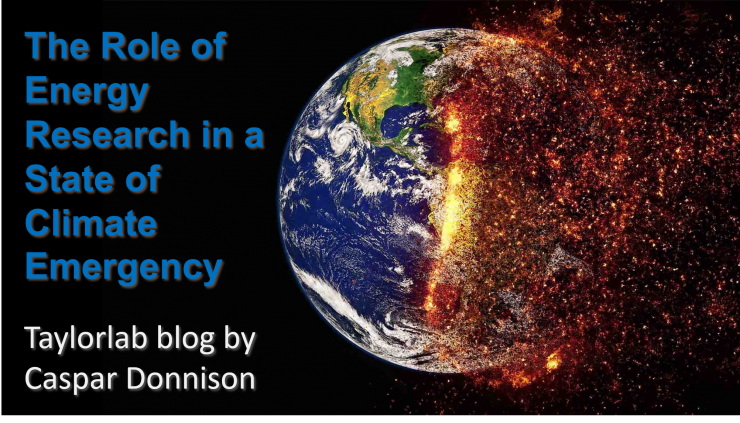 Last week academics of the UK Energy Research Centre (UKERC) met to share their latest projects as well as to discuss how the UK’s recently adopted ‘net zero’ emissions target and declaration of ‘Climate Emergency’ have influenced the direction of energy research.

UKERC research themes cover a wide range of energy related questions. I was interested in the announcement of a ‘Public Observatory’ which will look not to the stars but to society to collect and analyse public attitudes towards energy and decarbonisation. Mapping attitudes to a net zero target and to energy solutions could help businesses and government as they take the decisions which will help facilitate the necessary decarbonisation of our economy. I am a member of the Energy and Environment theme, which discusses how the transition to a decarbonised energy system presents both environmental risks and opportunities. Traditional energy models do not integrate environmental values and are aspatial: they do not show where energy infrastructure should be located. Research in our theme has developed techniques for integrating environmental values at the spatial scale into these energy scenarios, demonstrating how energy pathways can be achieved whilst maximising environmental protection. 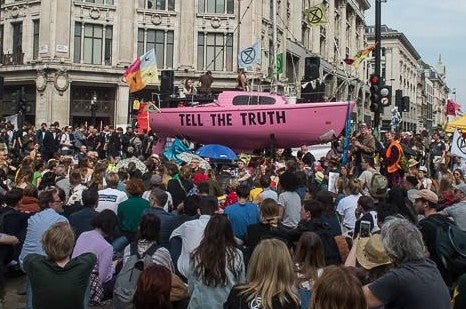 For me the most interesting part of the two-day conference was the discussion of recent political events and how these have influenced the role of energy researchers. 11 years ago the UK showed global leadership by enshrining into law a commitment to reduce carbon emissions 80% by 2050, through the Climate Change Act 2008. The UK government is now legislating a net zero emissions target for 2050, following consultation by the Climate Change Committee – an independent advisory body – and the recent success of Extinction Rebellion protestors in bringing climate change to the top of the political agenda. Extinction Rebellion pressure has also helped bring about a Climate Emergency announcement from Parliaments in England, Wales, and Scotland, as well as commitments to establish Citizen Assemblies: forums where citizens will deliberate upon the necessary climate change action and report back to government.

In this context, with both citizens and the government seeking a faster and deeper response to climate change, it is clear that scientists need to ensure that their research remains relevant. This is a good position for researchers to be in; in the past few years climate change action and decarbonisation have not been given the time and seriousness that they require. A key part of our discussion was to what extent the move towards a deeper carbon reduction target, and announcement of a Climate Emergency, requires a more critical focus on challenging the prevailing ‘business as usual’ and incremental change mind-set; how do we split our attention between technological and socio-economic solutions to climate change? In my opinion, we need to give significantly more focus to socio-economic questions. With regards to the transport sector, where decarbonisation progress has been lacking, in addition to thinking about electrifying the vehicle fleet and the role of biofuels in aviation and heavy vehicle transport, we also need to discuss fundamental shifts in the transport system, such as significant moves towards public transport, cycling, and walking, and moving away from private car ownership.

Nowhere is this shift in thinking more important than in the discussion concerning negative emission technologies (NETs: methods for removing CO2 from the atmosphere, such as Direct Air Capture or Bioenergy with Carbon Capture and Storage). Leaving aside the criticisms of these technologies that they are so far unproven, their biggest danger is in prolonging the belief that we do not need to challenge the ‘business as usual’: pursuing continued economic growth and an incremental pace of decarbonisation. The view is that it doesn’t matter if we can’t decouple economic growth from emissions because we can use these technologies to generate negative emissions. But even if they do work, these technologies still require resources to construct infrastructure and – in the case of land-based solutions – significant amounts of land, with potential consequences for food and water security, and biodiversity, that must be given full consideration in our thinking moving forward. Those costs rise the more we continue to pursue economic growth. Under a business as usual economic expansion, a net zero 2050 will have to include NETs at a very large scale, which will necessitate huge environmental and social costs even if they work well. In summary, we will have to pay a heavy price for economic growth. 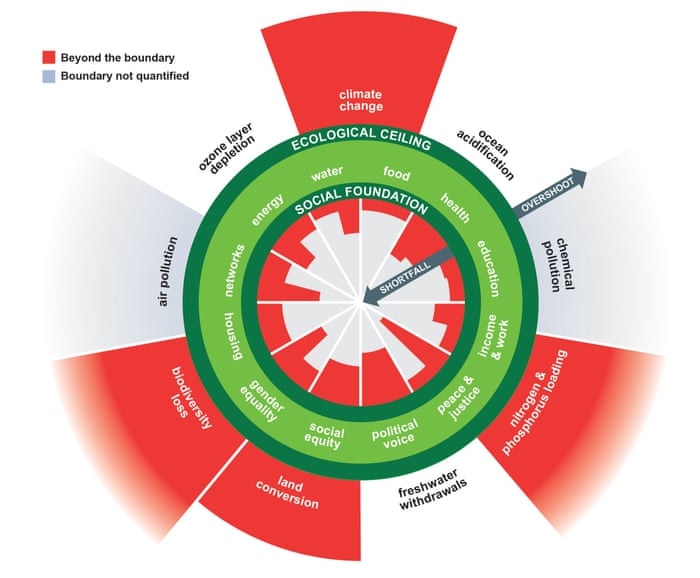 This is why scientists are giving serious consideration to alternative pathways which look beyond economic growth, in a rising awareness of the true environmental consequences of our actions, first proposed by Johan Rockström and his colleagues. We need to know what it looks like to have a post-growth economy focussed on priorities of environmental protection, human-well being and a net-zero target. It is already becoming clear that economic growth as measured by GDP is a poor proxy for human well-being, and that we can prosper without it. These post-growth pathways avoid all the costs associated with negative emission technologies, and allows us to direct economic activity away from further resource extraction and capital accumulation, towards human wellbeing, underpinned by a strong ecology. See Doughnut Economics for one example.

If we don’t now give these alternative scenarios serious exploration and discussion then we will be failing to respond to the ‘Climate Emergency’ in which we are now operating. There is no longer a credible ‘business as usual’ pathway and researchers need to explore bold and radical ideas. As Extinction Rebellion put it, the choice is now between extinction and rebellion.